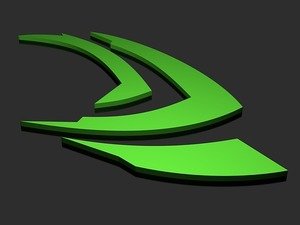 AMD long ago dropped support of 32-bit operating systems, and now, Nvidia is following suit. The long-anticipated move by the company will mean the end of driver support for the 32-bit builds of Windows 7, Windows 8, Windows 8.1, Windows 10, Linux and FreeBSD.

Nvidia is taking a balanced, responsible approach here. The company has pledged to continue offering 32-bit driver security updates until January 2019, but will immediately discontinue making performance updates to the drivers of older OS’s.

In some respects, it’s long overdue. Today’s application environment is incredibly resource intensive, with a growing number of applications requiring more computing horsepower than 32-bit systems can deliver, since a 32-bit OS can only support up to 4GB of RAM.

The picture gets even bleaker if you’re a gamer. Even modest games tend to require more than 4GB of RAM these days, and most top-tier titles no longer offer support for 32-bit systems. That, combined with the fact that 32-bit systems are somewhat less secure overall, it’s probably time they were put to pasture.

Given this landscape, it’s probably time to pronounce the 32-bit operating system dead. If you’ve got some legacy applications still running on an old machine, now is the time to get serious about your migration plan.

Most of the older OS’s are no longer receiving security updates, which leaves you increasingly vulnerable to a wide range of hacks. That, coupled with the increasingly sparse driver support makes it inevitable that you’ll have to migrate at some point, and it’s always better to do it on your terms than someone else’s.

If you haven’t yet worked out what to do about your old legacy systems, it’s long past time to do so. The clock has been ticking for a while now, and the ticking just got a little bit louder.