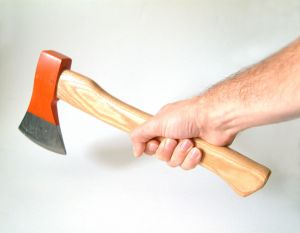 By the end of 2012, Nokia plans to be 10,000 employees lighter. The company announced the planned layoffs during a press conference earlier this morning.

The company is “rescaling” their operation and closing facilities in Germany and Canada. They are also considering consolidating other facilities and streamlining their support, corporate, and IT functions, though how they are planning on doing so isn’t clear yet.

“These planned reductions are a difficult consequence of the intended actions we believe we must take to ensure Nokia’s long-term competitive strength,” Nokia CEO Stephen Elop stated during the conference. “We do not make plans that may impact our employees lightly, and as a company we will work tirelessly to ensure that those at risk are offered the support, options and advice necessary to find new opportunities.”

10,000 employees is a relatively low number compared to the number of people who currently work at Nokia. Over 122,000 employees were reportedly working for the corporation at the end of March. Nokia also owns Nokia Siemens, whose employees are included in the 122,000 jobs at Nokia. There was an announcement just months ago that indicated that some 17,000 jobs would also be cut from Nokia Siemens by 2013, making the total cut 27,000 jobs in a single year.

The number of jobs being cut is only part of the bad news. The company has also cut its devices and services earnings margin so much that they are currently projecting a negative outcome. This applies to both the first and second quarter projections.

Nokia plans on getting on fixing this immediately. In addition to the nearly 30,000 job cuts, they plan to focus on location-based services, and are beginning to invest heavily in their line of Lumia smartphones. “We are increasing our focus on the products and services that our consumers value most while continuing to invest in the innovation that has always defined Nokia,” Elop stated earlier this morning. “We intend to pursue an even more focused effort on Lumia, continued innovation around our feature phones, while placing increased emphasis on our location-based services. However, we must re-shape our operating model and ensure that we create a structure that can support our competitive ambitions.”

Still, traders don’t seem convinced. Nokia was down 10% as of this morning, bringing their shares in at $2.51.