Nexus Phone Pulled off Shelves Thanks to Apple

Apple currently has several lawsuits against Samsung, but up until today, very little has developed in any case. Today a district judge sided with Apple and granted the company a preliminary against the Galaxy Nexus phone.

Less than a week ago, Google handed out this same phone to all of its developers at its I/O conference. The request for an injunction against this particular phone began this February because Apple believes the Nexus design infringes on several of its patents. If the injunction is upheld, the Nexus will no longer be sold in the United States.

Unlike several of the other preliminary injunctions Apple is currently involved with, this one only requires a large amount of cash to settle – to the tune of $96 million. Once the bond is paid, the Nexus must legally be pulled off of US shelves. 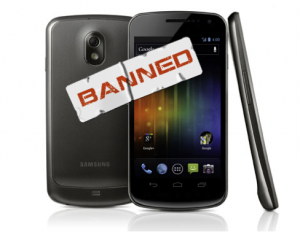 Samsung plans on fighting back, however. In a statement made shortly after the judge’s ruling, a Samsung representative said the company was “disappointed in the decision,” and that it plans on taking “all available measures, including legal action, to ensure the Galaxy Nexus remains available to consumers.”

When Apple was asked for comment, the iPod maker simply referred to the statement it made in April about Samsung. “It’s no coincidence that Samsung’s latest products look a lot like the iPhone and iPad, from the shape of the hardware to the user interface and even the packaging. This kind of blatant copying is wrong and, as we’ve said many times before, we need to protect Apple’s intellectual property when companies steal our ideas.”

With the $2.6 million bond posted for Samsung’s Galaxy Tab and a pending $96 million for the Nexus, things are looking bleak for Samsung’s technology. The Nexus phone was one of the first phones that Google planned to have running Jelly Bean, the new Android 4.1 OS.