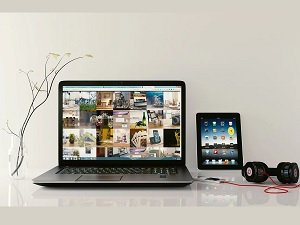 On February 5th, after the latest Windows 10 update, many users found that they were unable to make use of the search function built into the operating system. The most common result was a blank black or gray box when a search is executed.

While no one at Microsoft has stated definitively what the core issue is with search, there are a couple of significant changes in the works that could simply be interacting badly with each other.

First, Microsoft has stated that they’re changing the way search functions in the OS. They want to display it more prominently and make it an integral part of the user experience. They also want search to be more unified, combining web and PC-based results more seamlessly. They want to have the entire search process be more personalized to the individual user.

On top of that, the company has recently retired their legacy Edge browser, which was a reincarnation of their legacy Internet Explorer browser. In its place is a new version of Edge built on Chromium technology, from Google. The switch from one to the other hasn’t gone well inside the Windows 10 ecosystem, and may be complicating the issue with the Windows 10 search feature.

Whatever the ultimate cause, the company has been casting for a viable workaround. Recent callers to the Microsoft help desk have been given the tried and true suggestion to simply reboot any PC that search isn’t working on. Oddly enough, that seems to be working in a few cases. It’s hit or miss, and it may not solve the issue for you, but it’s certainly worth a try.

There is still no firm ETA from Microsoft about when a permanent fix for the issue can be expected. So there’s little to lose and potentially a lot to be gained by trying the reboot workaround.