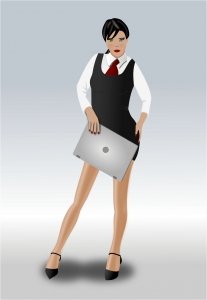 Symantec recently updated their antivirus software, and some computers are responding negatively to the upgrades. Some Windows-based computers are becoming completely inoperable after the update, and only a complete system wipe has been able to counter the effects.

Customers reported the issue because it was “time consuming to manually remove software from disabled machines,” and Symantec heard of the first case on Wednesday night. A solution was proposed before mid-afternoon on Thursday, and several thousand rollback signatures were issued.

Even so, many customers were outraged. “This whole episode is a joke, had the issue been a conflict with a random device driver then I could maybe slightly more sympathetic,” one customer said. “But for it to conflict with its own Symantec related drivers and cause this issue is a total farce. Who tested it before release? Was it even tested?”

Other customers demanded to know when they would be compensated for the “man hours lost and the time and effort taken by IT staffs to rectify the huge error [by Symantec]”. As of now, Symantec has no plans to reimburse any company, though they have not commented further on the issue.