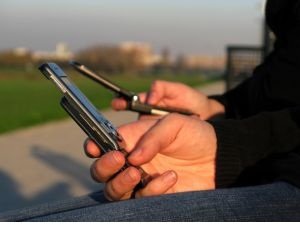 Three of the four major wireless companies – AT&T, Verizon, and T-Mobile – have rolled out some new smartphone plans and, needless to say, they’re deadly. Essentially, you are able to rent a phone using the Verizon Edge, AT&T Next, or T-Mobile Jump plan for about a year. Then you can simply trade it in for a new phone. In the case of T-Mobile, these instant gratification plans are on par with their regular plans, but with the other two companies, you wind up paying almost double for a phone.

For example, let’s say you wish to rent an iPhone 5, which goes for about $650. Most of us are used to simply paying a hundred or two as a down payment and taking the phone home. This is called “subsidizing,” and while you don’t think about it, you’re secretly paying off the rest of your phone over the period of time you have it (usually 24 months), as part of the bill you already expect to pay. However, with the new Edge, Next, and Jump plans, you instead pay the entire balance of the phone off over the next few months, in addition to the fee that’s already been worked into your phone plan. Essentially, you pay twice for your phone.

Both companies, when asked, simply stated that they were increasing customer choice, and the 24 month contracts were not going to go away for any reason. After all, almost 60% of Americans have smartphones, and appealing to that quickly changing demographic will keep cell phone carriers in business.

Research shows this plan may be pretty popular, too – time and time again customers have shown they’d rather take a more expensive, but more spread out payment plan. A simple, somewhat expensive option is hardly ever chosen over a plan where some of the cost can be deferred. All four major carriers offer the option to simply purchase a pre-paid phone, which would save hundreds of dollars over the two years a customer has it. However, this is a much less popular option for all four major carriers.

Only time will tell if this new phone plan will become the norm or will just be an auxiliary option for those who wish to keep up with the Jones’.