New Kangaroo Ransomware Just Another Reason To Backup Your Systems 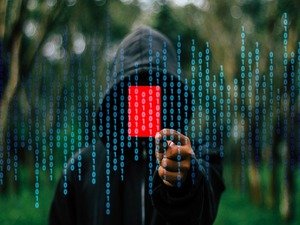 There’s a new form of ransomware making its way through the internet ecosystem called Kangaroo. The software shows traces of having been developed by the same group of hackers responsible for other malware titles such as “Apocalypse Ransomware,” “Esmeralda,” and “Fabiansomware,” but it uses a different attack vector.

The other forms of malware mentioned above all rely on a variety of system exploits to install itself, but Kangaroo is manually installed via a Remote Desktop session. Once installed, it sets about the task of encrypting all the files it finds, but curiously, for each file it encrypts, it generates a unique text file keyed to that specific file. The file contains the ransom note and unlock instructions, flooding your PC with hundreds of thousands of ransom notes.

In addition to that, it displays a bogus security warning window after the encryption cycle is completed, which informs the user of what has occurred and demands payment in BitCoin in exchange for the decryption key that will allow the user to regain access to his or her files.

The software takes this a step further, also infecting various registry entries such that if you reboot, you get the message before you even log into Windows. This ensures that the user, or the System Admin, will see the message the next time they attempt to log on.

It even kills Windows Explorer and disables the task manager. Both of these can be gotten around by hitting Alt/F4, or by booting the machine in safe mode, but most casual PC users won’t even think to try either of these things. This means that until the ransom is paid, not only do they not have access to any of their files, but are essentially locked out of their computer entirely.

Although the attack vector makes this particular form of ransomware less threatening than many of the others, it’s one more reason to make sure every machine on your network is set up to get regular backups, just in case.