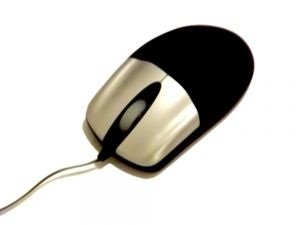 The Facebook News Feed is getting yet another update, and this time it’s going to pop just a bit more.

A recent press event brought Zuckerberg in front of an audience to tell them that the News Feed on Facebook will now become more like a “personalized newspaper,” which is supposed to help Facebook users keep on top of recent news from their friends and from actual events happening in the world.

The new redesign boasts a new tab that’s meant just for people that you’re following that updates in real time, which is taking a page right out of Twitter’s book.

Zuckerberg has been planning on this change for awhile, but up to this point it has been impossible because of Facebook’s algorithmic way of approaching what is displayed in your Feed. However, months of research has led the Facebook design team to not only a new design, but a new code completely, allowing for these major changes to happen.

In addition to larger pictures, new Feeds, and better prediction of what you may want to see, Facebook users will also see an increased number of ads on their Feeds. This comes after months of encouragement from Facebook for people to pay to “promote” their posts. Because of this, pages and people that are actually being followed by the Facebook user may not be seen all of the time because sponsored posts have taken over instead. Though the new Feed promises to fix this problem, it will also increase the number of sponsored posts and pages. Twitter, on the other hand, only displays tweets that are from someone the Twitter user is following.

However, Facebook claims that the “following tab” will be the biggest step forward for the company. According to Zuckerberg and partners, the tab will ONLY show posts from people and pages that you subscribe to, which means that Facebook may be well on its way to becoming a news hub as well as a social media network.

Time will tell whether this new format will work for users and businesses, or if Twitter will continue to reign supreme when it comes to presenting news in a readable manner.