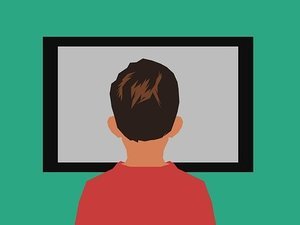 If you have a Netflix account and children living at home, there’s a reason to cheer about the company’s most recent announcement.  They’re rolling out some robust new parental control features that will allow you to exert much more control over what your children are watching.

You can now set content-specific PINs to lock movies or TV shows. So for example, if you don’t want your children watching “Zombeavers” (yes, that’s a real movie, by the way), you could lock that content with a PIN.  This is in addition to the existing controls Netflix offers that allow parents to set broad PIN-based protections that block content at specified maturity levels.

Additionally, the company has stated that it will start displaying these maturity level designations at the start of each program to give parents greater awareness of what their children are watching.  The changes are slated to be rolled out over the next few months.

It’s probably not a coincidence that the rollout of these changes is slated to coincide with Disney’s planned launch of their own kid-friendly streaming service.

It’s worth noting that Netflix and Disney reached a streaming agreement back in 2012, which didn’t go into effect until 2016.  Disney has stated their intention to end the deal beginning with films released in 2019.  For their part, Netflix will retain the right to show older Disney films until the end of 2019.

Netflix has been the King of the video streaming hill for a long time, but the company is coming under increasing pressure from a growing number of competitors.  The company is fully aware that Disney already has the hearts and minds of millions of children around the world. They realize that unless they do something to bolster their parental controls feature set, they stand to lose ground to this latest entrant in the field of streaming video.