Mozilla Persona: A New Way to Protect Yourself Online 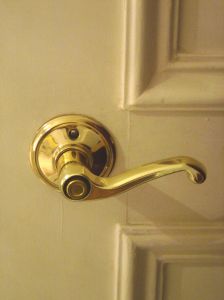 If you don’t remember all of the passwords you use for your accounts, or you don’t feel comfortable typing them into every computer that you visit, the makers of Firefox have a new solution called Persona.

Persona just went into first Beta and is part of Mozilla’s BrowserID project. It’s designed to essentially do the same thing as several other login systems, like Facebook, Google, and Twitter. You can log into any website with a simple click of a button if you’ve logged into Facebook. Persona works the same way, though it’s too early to tell if it will be able to compete with the larger, more advanced services that already offer this feature.

Persona’s main aim is to provide a new way to log into a variety of websites without creating a ton of usernames and passwords, and it’s designed to protect your privacy while you do it. Persona doesn’t allow websites to collect information about where you’ve been and who you are, so the only one who ever has your browser history is you. Persona also works on any browser and not just Firefox.

The biggest difference between Persona and all of the other social networking services is that Persona will not track you as you browse, and all the others do.

Mozilla plans to make Persona the default login system for their new version of Firefox for phones, which is scheduled to launch next March. Mozilla has specifically avoided mentioning anything about how Google and Facebook track a user’s every move, and have just talked strictly about how well their particular system protects your data. “By using e-mails as authenticators, not real names, they let users be different people in different contexts. The ability to choose who we are on which sites and around which groups is integral to free expression and association, particularly online,” said Sarah Downey, an attorney and advocate for privacy software.