More PCs than Macs Still Being Sold, but Margin is Closing 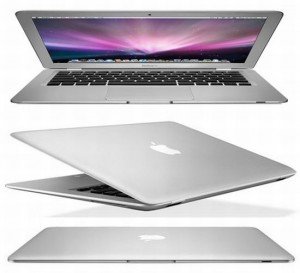 The amount of PCs sold compared to the amount of Macs has always been skewed towards PCs. In some of Microsoft’s better years, PCs hit a 55 to 1 ratio. However, all of that is beginning to change. In 1985, when the Macintosh computer was launched, the ratio was 20 to 1; and in the past few years, trends are now leading back to those numbers.

In 2005, the gap began to narrow from nearly 50 to 1 to 45 to 1. The gap continued to close until at the end of last year, the ratio was 19 to 1. Asymco analyst Horace Dediu has been tracking these ratios for over twenty five years, and says he only tracks computer sales, not tablets and other devices. This means that iPads and iPhones have not been included in the statistics. Considering that Microsoft has only recently introduced their own tablets onto the market, this could mean good things for Apple.

The gap has steadily closed as Apple has introduced more products to their line of iDevices. The biggest drop in the ratio was in 2007 when the iPhone was introduced. As mobile data became more popular and customers began to demand more products and more innovative ideas, Apple’s products became the center of attention. Apple has always had a full range of products with varying price points so there is something for everyone, giving them the upper hand.

PC sales have dropped overall in the past few years, and many computer companies are struggling to keep themselves from drowning in bankruptcy. However, Apple continues to thrive, even in a buyer’s market. Late last year, the NPD group released statistics stating that PC sales had only grown 4% in 2011, while iDevice sales jumped a whopping 26%.

Though Mac still only holds a small percentage of PC sales, the narrowing ratio indicates that consumers are starting to realize that Macs are an appealing alternative to Windows computers.