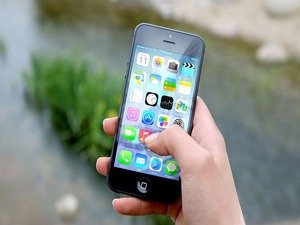 Back in the good ol’ days before the rise of the iPhone, Apple devices were largely considered to be more secure than their Wintel counterparts. There was a time when Apple used this as a major plank in their marketing efforts. These days, it is increasingly clear that that’s no longer the case.

A recent TrendMicro survey of Apple Apps offered by third party marketplaces has discovered that the ecosystem is infested with a variety of malware.

The most common method of infection is spoofing Bundle IDs. Hackers can make fake copies of popular apps, inject whatever malicious code they want, give them a Bundle ID that will pass iOS inspection, and ride the wave of app popularity to get downloads and installs.

Fortunately, anyone running iOS 10 is safe from this type of attack. The problem, of course, is that not everyone is running the latest version of the OS.

This presents enormous challenges for small to medium sized business owners, especially if your company has a BYOD policy. It’s all too easy to envision a scenario in which a poisoned app on one of your employees’ devices proves to be the back door that allows a hacker access to your company’s data.

With proper security protocols in place, the risk of such an occurrence can be minimized, but it can never be completely eliminated.

What’s the current state of your digital security and your policy on employee devices? If you’re worried that either (or both) might need to be shored up, but aren’t sure how to proceed, give us a call. One of our talented team members will be happy to work with you to assess your current situation. We can work with you to design a more robust and security digital security system that minimizes your risks.