Microsoft Is Losing The Browser Wars 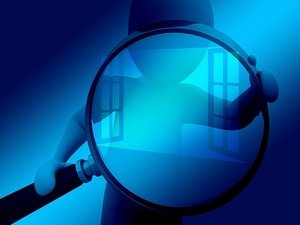 Internet Explorer is widely regarded as one of the most security riddled browsers in the history of the internet. Microsoft had hoped that with the release of Windows 10, which included a complete overhaul of IE and a rebranding of it as Microsoft Edge, the company would be able to regain its position as the dominant web browser.

While Edge was initially well-received, and saw a high adoption rate, mostly, this was because it came bundled with Windows 10. Google Chrome has been the browser of choice for users fleeing from Edge, but in the last two month, Chrome seems to have reached a saturation point. More recently, Firefox has been getting the lion’s share of users looking for a browser alternative.

This is good news for fans of Firefox who were afraid that the browser was slowly being relegated to niche status, but it raises an interesting question. Why is it that Microsoft is struggling so to make a viable web browser?

The answer is complex, but revolves around two major issues. First, Microsoft has never devoted the time, effort and resources to their browser that the other products in their lineup receive. The second issue is more telling.

When Edge was released, it had no plugins available, and was not compatible with the plugins of other browsers, meaning that “vanilla Edge” was as good as it got. The plugin ecosystem has been growing, but most users aren’t willing to wait, given that there are viable alternatives available with all the added functionality they’re looking for.

If you currently use Edge in your business, you have little reason to worry that the browser will be discontinued, but you should be aware that it is bleeding users at an alarming rate, and now might be a good time to see if some other browser might be a better fit.