Looking to Buy a Tablet? Choose the Right One by Following These Tips 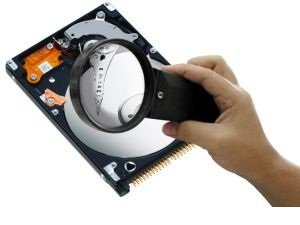 With the mobile industry growing each and every day, it makes sense that you’re looking to see if you might be able to harness the power of owning a tablet. An estimated 265 million tablets will ship this year across the world, and by 2017, experts estimate that tablets will outsell PCs by a 3 to 1 margin. As more companies realize they don’t need to replace their PCs with new PCs and can replace them with tablets instead, it will become more important than ever to know what you’re doing when you decide to buy a tablet.

While we already know that the iOS on the iPad has full Apple technology capabilities, not all Windows tablets support the entirety of Windows functions. Because these tablets are being used for business, it’s important to make sure they support the functionality of Windows completely. Surface Pro is one of the many tablets that run fully functioning applications for Windows, but there are many Windows tablets that allow the same. Tablets like the IdeaPad will convert into fully functioning laptops at a flip of a switch, for example.

One of the biggest gripes about the Kindle 2 when it was released several years ago is that it didn’t have the capability of expanding storage. What was on it was on it, and while it held an ample amount of books, it wasn’t enough for some. With that being said, while many tablets have ample space, it may not be enough for you. Verify that the tablet you want to purchase not only has a good memory to start with, but allows for expansion as well.

Consumer tablets that are meant for the regular person are often built to withstand normal use. However, enterprise durability and security often has to come first when you’re buying a tablet meant for a business. Hardware encryption is just as important as physical durability, and both should be considered when purchasing a tablet – especially if you’re buying a whole fleet of them.

Consider your tablet purchase carefully, and choose one that makes sense for both you and your company.