Lenovo Closes in on HP Sales 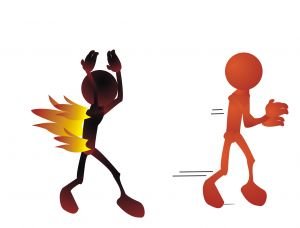 Lenovo has shown outstanding growth in the past few quarters, and this last one was the most impressive of them all. Lenovo reported $8 billion in sales last fiscal quarter, up from 35% during the same quarter last year. The PC maker’s profit hit $141 million, an all-time record for the small company.

Lenovo owes its performance to the growth in its PC shipments this last year. Notebook shipments alone rose 27%, giving it a 15.4% share of the market (yet another record broken). Shipments overall jumped some 21% over the past year as well.

Lenovo says it owns 15% of worldwide PC sales, which puts them directly behind HP, who is struggling to keep their 15.7%. Canalys, a research firm, said that Lenovo has 12.1% while HP had 12.5% of the worldwide market for PC sales, but the tally included tablets.

Yang Yuanqing, Lenovo CEO, says that the company is “still confident that [we] are providing much better hardware than our competitors, including Microsoft,” when he was asked about Surface, Microsoft’s new tablet slated to be released this upcoming fall.

Smart marketing and the production of excellent, high-rated products has brought Lenovo to where they are today. Lenovo also dominates international markets by a landslide; 59.2% of the Asia-Pacific and Latin America area use Lenovo’s laptop computers. Sales in Europe, Africa, and the Middle East rose nearly 70% over the past year.