Is Your System Infected With Malware? 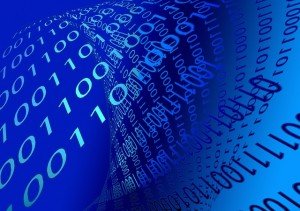 Sometimes, no matter how careful you are, it can happen. You keep your system up to date, apply all security patches as they come out, you’ve got a good virus scanner installed, and you’re careful with what emails you open and what links you click on. Even then, sometimes the worst happens and you start getting the sinking feeling that your computer might be infected with malware. Here are some of the common signs that your fears are correct.

This is pretty much a dead giveaway, especially if the boxes that pop up tell you all about the 9,362 problems found on your computer and inviting you to click a link to fix the problem. If you see that, you can pretty well guarantee that your goose is Malware cooked.

This isn’t as cut and dried as the above, but it is a strong indicator. Here’s when it might not be. Some programs aren’t as well written as others. When you open and close them down, they don’t always release the system resources that had been allocated for them to run. If you leave your system up for days at a time, then over that period, opening and closing various programs can slowly eat away at system resources until you begin to notice a slowdown in overall performance. That’s easy to fix. Just reboot your system and you’re back to normal, but if you reboot and you’re still sluggish, then there’s something else going on.

Your Anti-Virus Program Keeps Shutting Off

Believe me, it’s not doing it by itself. Some malware is fairly cunningly designed, and it will do all it can to avoid being detected and rooted out. One of its best lines of defense is to short circuit the software that’s supposed to be in charge of keeping your system free of its ilk. If you keep having to re-enable your anti-virus software, it is overwhelmingly likely to be the case that something bad has gotten into your system and won’t let go.

Your IP Address Has Been Banned

If you’re surfing and you keep getting blocked by messages saying that your IP address is banned, then you are approximately 100% likely to have a badly compromised system. In addition to being infested with malware, it’s altogether probable that your computer has been enslaved by one of the botnets, and is being used by others for nefarious purposes. Time to get it to the professionals at that point, because you are extremely unlikely to be able to rid yourself of the problem on your own.

Normally when you’re not doing much of anything, your hard disk indicator light will only flash intermittently. You will see an occasional flicker, and nothing more. If it’s constantly flaring to life and your hard drive is constantly churning away on something, odds are good that you’ve got some sort of malware infection.

If you see any of the above, by all means, use whatever tools you have at your disposal to investigate and attempt removal, but failing that, don’t hesitate to get the pros involved.