Is Your Budget for Mobile Development Big Enough? 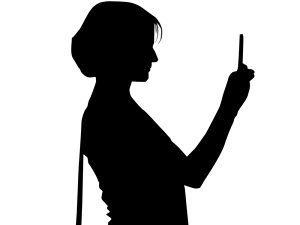 There are, unfortunately, only so many hours and dollars in a day. Because you’re a small business owner, choosing the right places to spend your bucks on is essential in the development and success of your company. However, research indicates that people aren’t spending enough money in the areas that matter today, such as mobile outreach.

Here’s the truth of it. If you’re not spending enough money on reaching out to people on their mobile devices, someone else in your niche is. Social media and mobile targeting can’t just be a hobby or an “extra” anymore; it’s absolutely necessary. There’s no question: targeting people on their mobile phones and via social media will produce results, which in turn will bring in revenue that makes the gears of your business go ‘round.

Thousands of companies have opened themselves up to this idea, and the money spent on mobile advertising gained significant percentage points this year. It’s expected that this year’s $4.6 billion spent on social media advertisement will nearly quadruple to $19.2 billion by 2016. And that’s just social media. Advertisement for mobile devices is expected to rise from 2012’s $2.76 billion to $9.92 billion in the same timeframe.

There is a new wave of people who don’t use desktop computers, read newspapers, or touch books that aren’t mobile and digital. This new wave is going to be the main market very, very soon. Why aren’t you taking steps to ensure that you’re one of the companies they choose to do business with on their tablets and smartphones?