Is Microsoft Office For Tablets Fit Your Business? 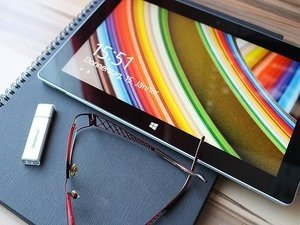 Microsoft recently made available, for free, its core applications of its flagship Office Suite product – Word, Excel, and PowerPoint – to tablet users. There are a number of reasons Microsoft went in this direction, the main reason being that it needs to gain a foothold in the mobile device market, which it has ignored for too long. But there is some historical background to this move. Microsoft was the first software company to design software applications for Apple’s Macintosh computer some 30 years ago. The company may find that this is a harder road to travel given that the PC and software application markets are no longer virgin territory.

One problem for businesses who want to take advantage of this free offer is that if the tablets you currently own run the Android operating system, the free offer may not be as free as suggested. iOS users may find it to be a smoother transition because, as it has been pointed out, there is a history there.

First of all Office for Androids requires a more recent version of the operating system; Kit Kat or higher. This is a huge problem for many Android tablet owners who are currently running ICS (Ice Cream Sandwich). Perhaps a higher barrier is that the marketability of Android gives manufacturers the freedom to design their own unique version of ICS, resulting in an incompatible version with mobile device OSs from other manufacturers. If the manufacturer cannot or does not allow the upgrade from ICS to KitKat or higher the Microsoft offer has no teeth.

Part Of The Microsoft Strategy?

This fact, which is well-known in the industry, may have played a part in the Microsoft decision. Approximately 50 percent of all Android tablets run less than Kit Kat, which effectively eliminates 50 percent of the potential market for the free Office apps. On top of the operating system requirement, the tablet must be using an Intel-based processor for Office apps to run. Microsoft and Intel have had such a strong and profitable partnership for so many years that it basically forced Apple to move toward including Intel-based processors in their more recent laptop and PC product lines. Prior to that, Apple used Motorola manufactured processors exclusively. This is something Microsoft is likely to include in their free app offer.

What It Means For Businesses

The opportunity for businesses to take full advantage of the Office offer is tied in to who you bought your tablet inventory from and what its essential components are. There is no doubt based on the reviews that being able to get what is basically a free upgrade of the key Microsoft Office apps is a great deal. There is more functionality than on the existing Android compatible Office products and when including the Microsoft’s cloud One Drive storage service, it is a complete office suite solution. The roadblock to app happiness may be open or closed by the companies decision regarding which manufacturer it chose to purchase its tablets from.

The general consensus is that being able to acquire the Office apps is a huge boost to productivity and flexibility when it comes to integration of Office compatible documents imported from other apps. If you can take advantage of it, even if only for a percentage of your current tablet inventory, do so. But before considering a makeover of your existing inventory to meet Microsoft’s stringent requirements it is suggested that businesses do a cost-benefit analysis to determine the real return on the investment.