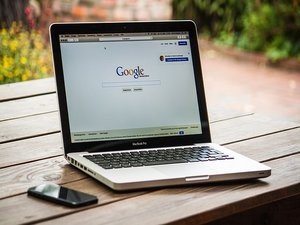 What Is The Standard?

As with any study, the first thing to look at is the criteria the company is using to determine its results. In this particular study, the company separates the operating system from the applications that run on it. For example, Microsoft’s Internet Explorer is far ahead of all other operating systems in the “high” vulnerabilities ranking. This comes as a surprise to no one, and may be a big reason Microsoft will be abandoning what was once the de facto browser for Windows users. But it seems even die-hard Window advocates realize the problems of the application.

When discussing the tight connection between operating system and application, it is worth noting that Apple makes a clear warning of its concerns about the security of Adobe Flash. A few notes about Flash is in order when considering its problems when used with Apple’s operating systems.

The first is that for most every average computer user, Adobe Flash or one of its plug-ins is essential to normally browse the Internet. Even Apple has acknowledged this reality by incorporating Adobe Flash plug-ins with its Safari browser. But Adobe Flash consistently has updates to plug security holes, so whether the user is running OS X or Windows, the potential for a security problem remains.

If Flash can present a security threat to virtually any user, then it is the fault of the operating system or the application? One reason the debate goes on with OS X security is because of this reason – no system is fool-proof when it comes to security. Do not consider this as a defense of OS X whether the study’s conclusions are correct or not. The greater issue is placing the stated security vulnerabilities in the light of the entire computer system, hardware and software combined. In many cases, criticisms of operating system security are simply cherry picking the known vulnerabilities – most which have already been fixed – and then moving on to draw one conclusion or another about system security.

How Should You Respond?

To be objective, a business that is serious about its choice of operating system as it relates to computer security needs to review all the major studies on the subject and base their decision on the best information available. It is obvious that hackers and other social malcontents continue to find security issues and exploit them. Many of the vulnerabilities do not affect the average user at all, but still need to be addressed to calm their customer base. When seen from this perspective, it seems the critics are not interested in providing solutions, but only stating the obvious – that computer systems are not perfect.