By Jason ManteigaDecember 3, 2016May 25th, 2021Blog, Technology News
No Comments 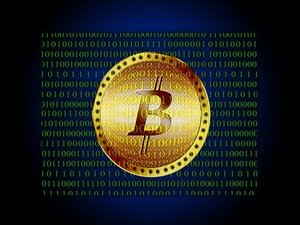 In 2014, the IRS put BitCoin users on notice. They were informed that they had to report all BitCoin gains on their taxes. The Federal Agency considers them to be property, and not currency per se, but so far, during the course of a national investigation, the agency has unearthed several examples of people using the cryptocurrency as a means of evading taxes, hiding transactions and offshoring profits, then bringing them back into the country via BitCoin.

No one who has even passing familiarity with BitCoin and similar forms of secure, digital currency should be surprised that they are being used for these, and many other purposes. That is, in fact, one of the things cryptocurrency was designed to facilitate, but now, the IRS is getting serious about cracking down on what it sees as increasingly widespread abuses of the system.

In a bid to get at the information contained in secure wallets, the IRS has ordered Coinbase to turn over the identities of all secure wallets belonging to US citizens, including corporate citizens that use the currency to hide transactions and transfers.

While Coinbase has a general policy of cooperating with the IRS and other governmental agencies, they are resisting this request, citing the fact that the IRS is conducting what amounts to a fishing expedition, and has not accused any of the wallet holders of any actual wrongdoing.

The IRS is, of course, protesting the Coinbase decision, and the matter will eventually be settled in court.

This is a high-profile case, and one to watch, whether you utilize BitCoin or other digital currencies.

The simple fact is that our global economy is changing. It’s easier than it ever has been to move information, physical goods, currency, and people across national borders, which are becoming increasingly meaningless.

In the end, the IRS will likely get their way, but the case is sure to shine the spotlight on what will become some of the most pressing and important questions about privacy, digital security and the entire concept of the nation state.