iPod: Not Doing Too Hot, According to Report 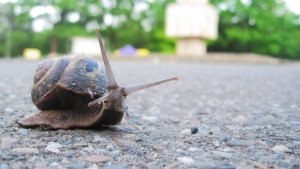 The iPod has long been associated with the resurrection of Apple itself; however, it now seems to be fading out of popularity, a recent quarterly report indicates. Last quarter, 6 million iPods were sold, compared to 4 million Mac computers. The iPad blew them both out of the water with sales over 17 million, and iPhones numbered in the 30 million range.

Other the past three years, iPod sales have been declining slowly, discounting the regular holiday season spikes. In 2006, Apple could count on 10-12 million iPods sold every quarter and double during the holidays. That number has now been reduced by two-thirds, and only continues to fall.

Part of the iPod’s problem is that Apple has sold over 350 million of them since their debut over a decade ago. The music players were built to last, and most of those iPods are still in circulation today, whether they be with their original owners or have been traded away. The other half of the iPod’s demise has been caused by its own cousins: the iPad and the iPhone. Consumers stopped seeing the point in carrying around both an iPod and a phone when you could merge both into one with the iPhone.

Experts predict that the sales of the iPod will completely flat line as the popularity of the iPhone and iPad continues to grow.