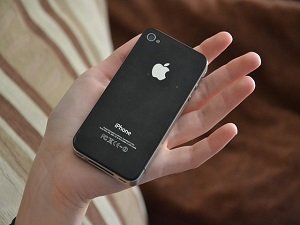 For those of you who are unaware (and can there be anyone on the planet who isn’t?) Apple have just recently released two brand-new iPhones; The iPhone 6, and the iPhone 6 Plus.

With new iPhone releases happening pretty much every year we have to ask ourselves, how is this iPhone better than the previous one? That’s not all though, as we also have to determine which of the two new releases would be best for us. Throughout this article we’ll be seeing how these new releases are different from previous models, and will also be doing a quick comparison between the new releases.

Information About The Release

Apple officially released both the iPhone 6 and iPhone 6 Plus on September 19th in both the UK and US, however, they were available for pre-order from the 12th. Even if you have pre-ordered your iPhone you could be looking at a long wait until you actually receive it, this is because Apple have received an astonishing response, with in excess of 4 million orders in the first day of the new releases being launched. This is approximately double the amount of orders that the iPhone 5s had in the first day. What exactly is enticing people to purchase the new iPhone?

The Facts And Figures

The iPhone 6 will come with three different storage capacities which is definitely going to be beneficial for those people who want to keep a lot of data on their phone. Apple has finally increased the storage limit to something reasonable, whilst also keeping the lower options to suit those on lower budgets. The 16GB model is available at approximately $880, the 64GB model available at $1010, and lastly the 128GB model available at $1140.

Both of the iPhones have similar features that they are bringing to the market, their main difference is the size (which we will talk about later). As you might expect, the newly released models have benefited from a performance upgrade as usual. They include an A8 processor that is approximately 25% faster and a graphics chip that is around 50% faster, so if you’re looking for speed you have come to the right place!

The battery is also an aspect that many iPhone users seem to complain about, since there is no option to carry around a second battery (unless you want to also carry around a screwdriver). Well, we won’t see a longer battery life per se, but the battery has become more efficient. What this means is that the new battery will last just as long – or as short – as the iPhone 5s but it has compensated for the extra performance; at least it won’t be any worse.

There is also a new technology implemented into these new releases, which is known as VoLTE. This is much like Skype except it will allow you much better audio quality. With so many people using Skype today, especially when dealing with clients and partners, this could be a very crucial aspect of the iPhone 6.

So listed above are all the common features that you’ll find in both models, but what’s really the difference between them? Well, the main difference is the size. The iPhone 6 comes in at 4.7-inches whereas the iPhone 6 Plus comes in at 5.5-inches. After reading that you might not think there is much of a difference but there definitely is, the larger device is almost impossible to use with only one hand.

If you are looking for a conveniently large and powerful device, the iPhone 6 will probably be your best option. However, if you need to showcase important documents, blueprints or images whilst on the move then the iPhone 6 Plus might be a great substitute for a tablet.