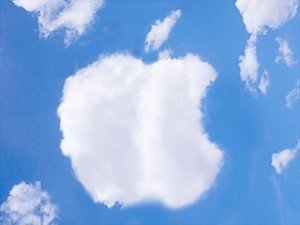 We’ve seen fingerprint sensors on computers for a while, but as far as a built-in security feature that only responds to your fingerprints, there hasn’t been anything substantial until now. Apple is calling it Touch ID, and it comes automatically with their new iPhone 5S.

It’s only a matter of time until we see this feature installed on more mobile devices because of the constant demand for security. Passwords, while reliable, are just not strong enough security for every situation. A business phone with access to tons of private information, such as credit cards and addresses, should be better protected than a normal device. By making this feature automatic on the iPhone 5S, Apple may have changed the direction of security completely.

The scan doesn’t take long according to Phil Schiller, Apple marketing chief, and it prevents unauthorized access to not only the phone, but to Apple’s store and data as well. In the future, Apple plans on dropping the password protection completely on their App Store and allowing users to input their fingerprint instead.

Though this technology is aimed mostly at business users, even casual users if the new iPhone can find strong benefits in using this technology. Passwords don’t have to be memorized or recovered, and a single swipe of the finger can unlock hidden pictures and documents that only the owner is meant to see.

However, while this is a big step forward for fingerprint technology, it’s not perfect. Reports from Japan, a country that already uses this technology on the iPhone, have been pouring in over the glitches when using Touch ID. Problems with the phone itself as well as the technology have been reported. In addition, the technology itself doesn’t appear to be so hard to crack, though Apple is taking steps to make the technology stronger and more difficult to circumvent. One of these steps involved purchasing AuthenTec fingerprint and biometrics for over $350 million in 2012.

However, even with AuthenTec’s help, it appears biometrics can be easily skirted in certain situations. For example, pressing your finger into Play-Doh or a soft cookie and pressing it to the screen often clears the fingerprint scanner, and an intruder (with your fingerprints) can easily access your device.

However, considering how many people use “poor passwords” that are “reused everywhere”, according to PayPal security officer Michael Barrett, this new technology would actually be harder to crack than most passwords, making it and a password quite formidable, even for clever hackers.

Apple plans on continuing to install their new Touch ID on iPads, Macs, and other Apple devices as they continue to improve the technology. Passwords won’t disappear overnight, but the future of online security does depend on a layered approach – and Touch ID might just be one of those layers.