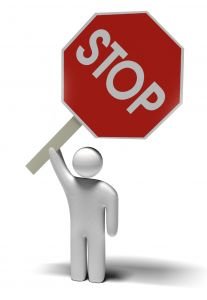 Russian Parliament came to a decision on a controversial bill on Internet censorship yesterday. A bill that would blacklist and block websites that supported “illegal activities” was approved, much to the anger of censorship protestors.

The bill specifically targeted websites that offered ‘extremist material’ or that supported the use of drugs or suicide. There are another twenty or so other categories that may also be blacklisted under the new law, so that none of the 145 million citizens may view these websites on any computer in Russia. Websites that are found to be in violation of Russian censorship laws will have a single day to remove the offending material before they were permanently blacklisted.

The amended bill, approved by the Russian government, limited immediately blacklisting sites that contained images of abused children or those that spoke about drugs or suicide as an awareness measure instead of a promotion. There were also definitions added on what could be deemed “harmful content” because of the heavy criticism the bill received when it was first introduced due to “ambiguity”.

Any website that faces blacklisting must be served with a court order, but the site can be disallowed from Russian computers and servers in as little as 48 hours. Many analysts and protestors are comparing this passed Russian bill with the United States’ SOPA bill, which would have given the US government similar power over blacklisting websites that violated copyrights.

The Russian version of Wikipedia blacked out its site less than a week ago in protest of the legislation, and told the viewers of the black page to “imagine a world without free knowledge.” Similar uprisings against SOPA happened earlier this year in the US: the English version of Wikipedia shut down, Google blacked out their doodle for the day, and multiple other websites raised protest against SOPA. SOPA was shelved a few days after that; however, despite the strong opposition in Russia, the bill has passed.