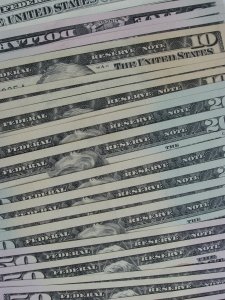 Mobile applications are becoming more and more popular, especially since the vast majority of them are free to download and use. Many companies are starting to take advantage of the advertising space available in these applications and as of 2012, in-app ads bring in around $2.4 billion a year. As the use of smartphones and free applications increases, however, that number is expected to triple to $7.1 billion by the end of 2015.

Since applications themselves don’t make very much money when they are offered for free, experts believe that ads are the key to developer success. The most recent and most well-known example is Angry Birds. Angry Birds was a free application that didn’t require any cash out of pocket to unlock all 250+ levels. Since its release, the bird-throwing app has managed to make over $70 million – simply because of ads.

In addition, free applications often include in-app stores that require money to be spent for special features. “In 2012, it will become increasingly difficult for app stores and developers to justify charging an upfront fee for their products when faced with competition from a plethora of free content,” an analyst at IHS stated in January. “Instead, the apps industry must fully embrace the freemium [sic] model and monetize content through in-app purchases.”

In-app purchases accounted for nearly a billion dollars in mobile purchases last year alone. This figure is expected to grow to $5.6 billion by 2015, and most of those purchases will be made through free applications.

Mobile application designed will still need to be innovative and original with all of their ideas to take advantage of the market.