If You Left Your Company, Would Your Employees Want You Back? 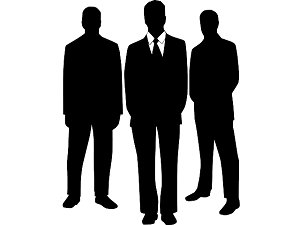 Everybody is a good, effective and popular leader in their own mind. The question is, are you really? If you were to leave or be voted out of your company tomorrow, would your employees rally behind you and insist on your return? Well, that’s exactly what’s happening in a small grocery store chain in the New England area.

The company is called Market Basket. Its long time CEO is a man named Arthur T. DeMoulas. He has had for years a contentious relationship with the company’s board of directors, who recently decided that they had had enough of the rocky relationship and voted him out.

Their plan did not go as expected. What started out as a bit of board room politicking has turned into a flashpoint that has rallied company employees from stockmen to middle management, all standing in support of their wildly popular CEO.

Shipments to the stores have virtually stopped. There’s no one to receive them and no one to put the goods on the shelves. The company has resorted to firing employees, but even after they have been fired, they continue showing up at the rallies. Local politicians are even calling for a boycott of the store. Needless to say the employees have demonstrated their power and real financial harm is being done to the company.

Despite threats from the board the rallies continue unabated and the employees have made it clear that they will not relent. Hand in hand with this, Mr. DeMoulas has offered to buy a controlling interest in the company to resolve the matter. There is no word yet on whether or not a settlement has been reached.

Board Room Politics, Not A Company In Trouble

A cursory glance through the company’s financials reveals a company in good health during the time that Mr. DeMoulas was the CEO, and it seems clear, based on the overwhelming employee support, that he had the backing and full confidence of those who worked for him. That being said it’s reasonable to conclude that the board’s decision had more to do with personal feelings and a general dislike than in some specific mishandling of the company as a whole.

DeMoulas is now being rewarded for his exemplary leadership, and those who formerly worked for him are standing up for him. They are making it known that they will not accept this change. It is likely that the employees will ultimately prevail here. The board will bow to the financial pressure they now find themselves under, and will accept DeMoulas’ offer to buy a controlling interest in the company.

When that happens you’ll almost certainly see the newly reinstated CEO re-hiring every single one of the employees that the board has fired, because that’s the kind of man and leader he seems to be. So we return to the question asked earlier. If you suddenly found yourself on the outside of your own company looking in, would your employees rally to your defense and demand your reinstatement?

If not, why not? Food for some serious thought about leadership style and effectiveness here.