IBM Has Excellent Quarter; Expectations are High for the Rest of the Year 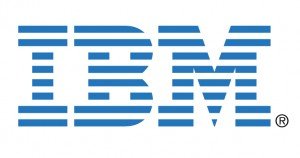 IBM’s quarterly earnings not only met expectations, but exceeded them significantly. Still, the company did lose some money due to currency fluctuations that caused sales to drop in some countries.

Second quarter earnings were reported at $3.9 billion ($3.34 a share), with revenues of around $26.8 billion. Though this is down from last year by about 3%, sales were still almost dead-on with predictions by Wall Street. IBM says that they are right on track for earning the $15.10 a share they expect to earn in 2012 alone.

IBM is doing perfectly in the department of expense management, but like most companies, sales in the U.S. dollar show much more growth when there is weakness in the greenback.

Sales at IBM as far as products go were sluggish, at best. However, their cloud and analytics revenue performed well. CEO Ginni Rometty said the company was feeling very positive about the numbers from last quarter as well as the “strength in our growth initiatives and investments in higher value opportunities.” CFO Mark Loughridge also said that “[We] continued our success in competitive displacements in the second quarter, with over 320 displacements that drive over $265million of business. As you would expect, these came from a combination of HP and Oracle Sun.”

Even though IBM fared less well when looking in from a global standpoint, they still did well and as a result, shares only continued to move higher after trading had closed for the day.