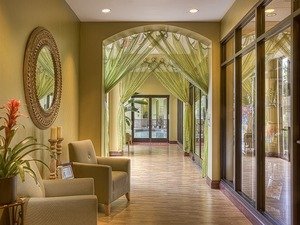 Another day, another report of a large company data breach. The victim this time was Hyatt, and the breach impacted a total of 318 of their 627 properties. The culprit in this latest successful hack was malware found on hundreds of payment processing systems, which exposed customer names, addresses, and credit card numbers.

Since the breach was discovered, Hyatt has assured their customers that they’ve “taken steps” to beef up their data security, and has advised people who have stayed with them to check their credit card statements closely for suspicious charge activity. In all, a fairly tepid response from one of the world’s major hoteliers. The investigation is ongoing, but like so many of these investigations, it is extremely doubtful that the culprits will be identified and brought to justice. Hyatt customers are invited to keep abreast of things on the company’s website, here.

One of the more troubling aspects of this latest hack has been the rather terse, minimalist public response by the company. These kinds of reports have become so commonplace in 2015 that it almost seems as though responding to them has lost its sense of urgency. Unfortunately, the real losers in scenarios like these are the customers of the companies that are hacked. While the company can get by (as illustrated by this most recent example) with posting a short explanation on the company’s website, and making a general statement about increasing system security, all of that is after the fact. After the damage is done. The customers who have their identity stolen, however, will be dealing with the fallout of this breach and others like it for years to come.

This represents a golden opportunity for companies brave enough to embrace it. Strong data security can be made into more than just a necessary expense. It can also be used as a competitive advantage. There’s a fine line to be walked here, of course. Any company that advertises their security too loudly or boasts of their supposed invulnerability is asking to be attacked, and painting a very large target on their heads. Nonetheless, the consuming public is increasingly anxious, and rightly so, as they’re the ones bearing the brunt of the costs of these attacks. Any company that can offer them a relatively safe haven to do business has a powerful advantage indeed.