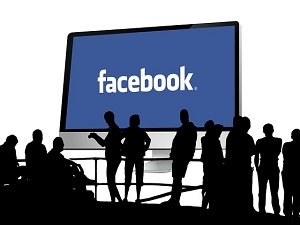 Privacy is becoming such an important issue as it relates to the internet that even Facebook, the company that was recently called out for secretly conducting experiments on its user base, has gotten into the game. Their offering is called Privacy Checkup and it will be rolled out soon. It is a handy way for users to check and track who they’re sharing what data with. The app breaks your privacy down into three major components, and we’ll outline each of them just below.

Who Are You Sharing With?

This is the first, most basic step. A clear, concise listing of everyone who can see your stuff, and what level of access they’ve got; how much can they see? Up until now, it’s been hard to keep track of exactly who could see what. Over the course of time, casual acquaintances friend you, then when Facebook makes changes to its system and access levels are reset for all users, it can be a real beast to get access and sharing sorted back out again. Thus the need for this new tool.

Vast numbers of websites have created apps that allow you to use your Facebook credentials to log into their website. It’s fast, convenient, and seamless. It also allows the app to access portions of your user data. Granted, most site owners don’t care about that. All they want to do is make it easy for their visitors to create accounts, but the reality is that if they were inclined to make use of the data, they certainly could. In any case, it’s always worth taking a periodic inventory of exactly which apps have access to your data.

The final piece of the puzzle is your profile. Each component of your profile has its own security, so you can make it where everyone can see when your birthday is, but only your friends can see what city you’re living in. As with the rest, it’s good to do a periodic check to see exactly what these settings are.

Remember that Facebook is always making tweaks and changes to their system. When they do, frequently they’ll reset your privacy settings to default, meaning that everybody who has friended you can see everything about your account. When that happens, it’s up to you to go back in manually and put things to rights. Yes, it’s annoying, but you can’t assume that just because your privacy settings were solid when you looked in on them six months ago, they’re still just as solid today. That may be the case, but there are certainly no guarantees.

In any case, it is very good to see a company like Facebook beginning to take the privacy of its vast user base seriously. For a number of years, they didn’t. When they finally expressed an interest in the topic, they did so in a scatter gun, somewhat disorganized fashion. Their early attempts were clumsy and ham-fisted, but in spite of the occasional setback (the aforementioned case where it experimented on its customers without their knowledge or consent), they’re headed in the right direction., and this latest tool is certainly a big step in the right direction. Kudos to Facebook!