How to Move from Apple to Android Mobile Devices 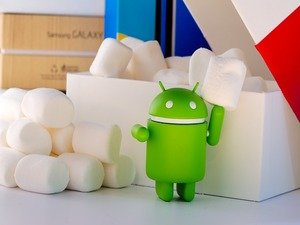 Apple jealously guards its ecosystem. That’s been true since the first Macs rolled off the assembly line, and some people love it. Others, however, find it a bit restrictive. If you’re one of those and have been eyeing the freedom and flexibility of the Android platform, but you don’t want to lose all your contacts and important data, you’re in luck! There are ways of getting (most of) your critical data out of the Apple ecosystem and into an Android device. Here’s how:

The first thing you’ll want to do is to get a Google account, because you’ll need one. You don’t necessarily have to have a Gmail account, but it certainly wouldn’t hurt, so that part’s up to you. One way or another though, you need a Google account in anticipation of the move.

On your Apple device itself, everything revolves around the iCloud. On your Apple device, log into your iCloud account and toggle “on” all the things you’d like to move to your planned Android device. Specifically, look at your Contacts, Bookmarks and photos/videos.

Of the three, contacts are the easiest. If you’re planning to use Chrome on your new device, then it’s all done for you. Even better, you can download and start using Chrome on your Apple device, importing all your bookmarks before you even move. They’ll be there waiting for you when you boot up your new Android smartphone.

Contacts are also pretty easy to move, although it’s a two-step process. Once they’re on the cloud, you need to go to the iCloud website, click the little “gear” icon and export your contacts to vCard. Then, log into your Google account and import from vCard. That’s it! Note that if you already have a Gmail account, you may have some cleanup to do, because you’ll probably have some duplicate entries, but the good news here is that this is a one-time thing.

Photos and videos are pretty straightforward too, because you can get the Google Photos app on your Apple device, so do that before the move, and log in with your Google account, importing all your photos and videos to that app. They’ll be waiting for you when you install the app on your new Android, and you won’t lose a thing.

Your apps themselves are another matter. The Google Play store has a big listing of apps, but of course, there’s no overlap between Google’s and Apple’s stores, so there’s no way of proving that you’ve paid for an app in the Apple store to get credit for it in Google’s. If you’ve got any paid apps, you’ll have to repurchase them in the Google Play store, or find a free alternative. Even so, the tips above can see you transferring most of your important data over, without missing a beat! If you have any questions, problems or concerns about the transfer, seek the advice of an IT professional who can help guide you to ensure that you don’t miss or lose anything when making the switch.