How Faster Internet Speeds Will Help Your Business

By Jason ManteigaFebruary 9, 2016May 26th, 2021Blog, Technology News
No Comments 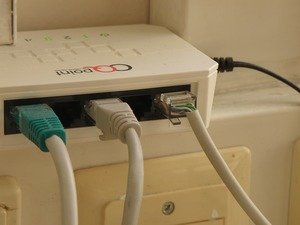 A few cities across America are currently offering ultra-high-speed broadband connectivity. Many more cities have plans to do so in the near future. Here, we’re talking about speeds of up to 10-gigabits, which is nearly a thousand times faster than the speeds offered by the broadband connections in most homes across the nation.

In business in this day and age, speed is everything. Speed is life. A faster connection improves virtually every aspect of your operation, from better, clearer, lower latency VOIP and virtual meeting connections, to large file transfers, to faster cloud-based computing, and pretty much everything in between.

The ability to transfer increasingly larger files at a rapid pace is critical for prototyping and product development, while the faster speeds enable businesses to do more with cloud computing, including the manipulation and extraction of meaningful business intelligence from Very Large Data Sets, more quickly than ever before. These are specific ways that faster connectivity speeds can improve your business.

The reality is that from a process standpoint, there just aren’t that many more gains to be found. Our processes are, at least for the most part, as tight and as efficient as we can make them, so to take prototyping as an example then, about the only way to further shrink the development cycle is to find new ways to increase speed. Current bandwidth speeds then, become the bottleneck, and the crucial challenge that must be overcome if you want to speed your processes further.

Cities that become early adopters of the Ultra-High-Speed connections will create a powerful strategic advantage for themselves, by being able to offer businesses a service that relatively few other places have. If your city does not currently offer 10-gigabit speeds (or higher), begin asking your local city officials why not, and also begin casting about for locations that do. Otherwise, you risk the very real possibility of being left in the dust by faster, more digitally capable competitors.