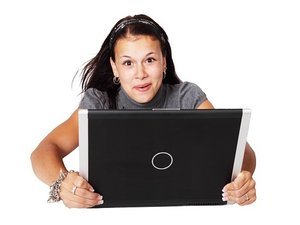 If you’re in the market for a new laptop but can milk a little more life out of the one you’ve got, 2019 will be the year to buy.  The reason?  5G.  AT&T is slated to become the first carrier to offer 5G network connectivity to small segments of its customer base this year (starting in Atlanta, Dallas, and Waco, and then slowly spreading to other areas).

While they’ll be the first, it’s not hard to imagine that their competitors will be hot on their heels, and all the major PC and laptop manufacturers are keenly aware of this.  That’s why Microsoft, Lenovo, HP, Dell, and Intel have all announced that the first 5G-enabled PCs will become available sometime in mid to late 2019, in a bid to take advantage of the awesome new capabilities that 5G promises to make a reality.

While Intel missed the 4G opportunity, the company has every intention of being front and center in the 5G revolution.

In fact, the company had this to say when it made its announcement earlier this week:

“Intel is investing deeply across its wireless portfolio and partners to bring 5G-connected mobile PCs to market, with benefits for users like high quality video on-the-go, high-end gaming, and seamless connections as users traverse WiFi and Cellular networks.”

All true, and a widespread 5G network would truly be a game changer.  The problem though, is that 5G has a bit of an image problem.  It has long been considered the Holy Grail of wireless networking, and Intel and other companies have been hyping its many advantages for years.

The difference of course is that now, companies have the technical capabilities to make it all real, and have firm timetables in place for a rollout, neither of which were true in the past. Even so, 5G now has to swim against a bit of a tide of its own making as it draws closer to becoming reality.