Having Problems with Your iPhone Battery? 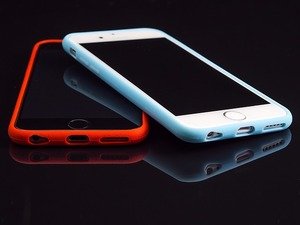 Back in September, not long after Apple started selling the iPhone 6S and 6S Plus, users began complaining of a strange problem with their batteries. You may have experienced this yourself. One minute, you’ll be using your phone, and the next minute, it will simply shut down, citing low battery power.

It turns out that the battery isn’t the culprit after all. Instead, there’s a bug in the code of iOS9 that causes the battery indicator to stop checking to see what the current charge of the battery is. During the day then, as you’re using your phone, it will consistently show you’ve got a full charge, right up until the moment it shuts off because the battery has run dry.

An Apple spokesman says that this most commonly occurs when a user goes in and manually changes their time zone. The company offers two possible fixes/workarounds for the issue. The first is to simply reboot your phone. The iPhone is, after all, a small, handheld computer, and as we know from years of experience working with Windows-based machines, a reboot will fix a number of issues.

Failing that, Apple recommends going into your phone’s settings and turning auto update “on” as it relates to Date and Time. The company is currently working on an update for their OS (iOS 9.3), but it has not yet been confirmed if the fix for this issue will be in the latest update, which has been in testing for several weeks now.

If neither of the two fixes or workarounds for the bug work for you, Apple encourages you to go to the Apple Support forum for additional assistance. Apple has a solid reputation for being highly responsive to customer complaints (a few recent missteps notwithstanding), which is part of the reasons that Apple has fans, not customers. You can bet they’ll have this issue corrected in relatively short order.