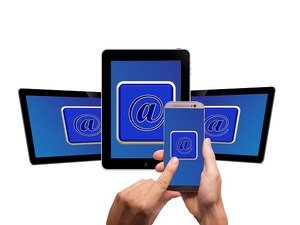 Security researchers from firms around the web are warning of a new email exploit that hackers can use to modify the contents of an email, even after it has been sent and delivered.

Originally discovered by Francisco Ribeiro of the firm Mimecast, Ropemaker stands for “Remotely Originated Post-delivery Email Manipulation Attacks Keeping Email Risky,” and is accomplished by making creative use of Cascading Style Sheets (CSS) and simple HTML, both of which are foundational technologies that the whole of the internet is built around.

Since CSS is stored remotely, a hacker can access it and use it to alter the content of an email by making changes to the style sheet itself. Once this is accomplished, by all outward appearances, it’s a genuine, legitimate email, even though the content has been changed. No ordinary internet user would have any idea that what they were looking at wasn’t originated by the sender of record.

Hackers could use this exploit to do anything from prank-level activities such as causing trouble between spouses to exploits that could be incredibly damaging to a company’s brand. For instance, an official company email with a legitimate link to their website could be changed after sending, and a malicious link could be inserted. Then, it would appear that the company itself was sending out poisoned links to its customers.

Even worse, since these changes can be made after the email has been delivered, it means by definition that the email has already been scanned and let into the network by whatever software you’re using for that purpose. This exploit handily gets around your high-tech security system on that front, allowing the hackers to insert anything they want.

The best defense against an attack like this is to use web-based email systems such as Gmail and iCloud. Unfortunately, email clients like Apple Mail and Microsoft Outlook (both desktop and mobile) are vulnerable to Ropemaker-style attacks.

Add this to the list of threats to be worried about.