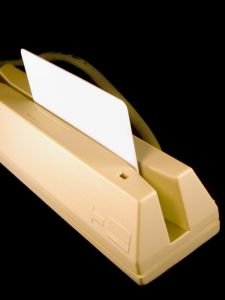 Up until now, mobile payment options have been limited, and few have been cheap enough or handy enough to seriously compete with Google Wallet. However, over a dozen retailers announced earlier this week that they will be launching their own mobile-commerce business.

Among the companies that made the announcement are Lowe’s, Wal-Mart, Best Buy, and Home Depot. The consortium of companies is calling their new business Merchant Customer Exchange, or MCX. MCX was just launched, so the features are currently limited. However, it is in the process of developing a mobile app that would allow the option of purchasing goods at participating stores with mobile phones. MCX claims that the new application will work on most smartphones, and will automatically enroll the user in retail programs and offer customers deals and coupons based on their buying habits.

“MCX will leverage mobile technology to give consumers a faster and more convenient shopping experience while eliminating unnecessary costs for all stakeholders,” said Wal-Mart vice president Mike Cook when asked about MCX. “The MCX platform will employ secure technology to deliver an efficiency-enhancing mobile solution available to all merchant categories, including retail stores, casual dining, petroleum and e-commerce.”

This could post a significant threat to Google Wallet, mostly because currently Google Wallet’s application only works on Android-based phones. The application has also not launched as quickly as some would like to see, but speed wasn’t required when it had so few competitors.

Google may have trouble finding the correct niche in which to exist now that retailers are piling on to the MCX boat. Some critics say that now that MCX has so many partners, some of those partners may want nothing to do with Google Wallet.