By Jason ManteigaMarch 7, 2020May 9th, 2022Technology News
No Comments 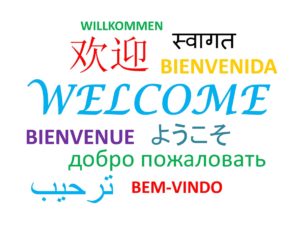 Every kid who grew up watching sci-fi has dreamed of the day when a Universal Translator would be available, making seamless communication possible and eliminating the language barrier entirely.

That day hasn’t arrived yet, but Google is steadily marching toward that goal. The company has been making use of new machine learning and other advanced AI techniques to improve the functionality of its Google Translate service. They recently added support for new languages, bringing the total number of supported languages up to 108.

This most recent expansion of five new languages is the Translate service’s first expansion in four years. According to a Google spokesman, the lengthy delay was not the result of a lack of desire to continue expanding on Google’s part. Rather, it is the fact that some languages don’t have a lot of web-based content to work with. This can make it difficult to build a viable translation database.

Fortunately, improvements in the company’s AI routines have made it possible to create a viable translation database with a significantly smaller dataset.

As to the five new languages on offer, they are:

All told, the five new languages are spoken by approximately 75 million people around the world. While that’s a tiny percentage of the global population, the additions are welcome indeed. It’s thrilling to see yet another expansion of what has become one of Google’s most popular services. Kudos to Google for continuing to inch closer to the technology we all ultimately want to see!