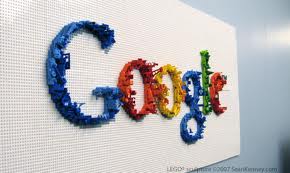 Android 4.1 (also known as Jelly Bean) has been completely redone, and the response thus far has been very positive. Jelly Bean includes an updated user interface, a great new notification system, excellent voice transcription and best yet, a new feature called Google Now. Google Now attempts to predict exactly what a person needs to know at any given moment.

Google, in recent months, has been accused of being an iOS copycat by several large critics. With Jelly Bean, Google is attempting to overcome such rumors and show that Android is its own unique and fascinating system. With Google Now, they seem to be making some headway in becoming a distinctly separate being from any other phone OS system.

Google Now draws on all of the information it can gather about a user from the “user bubble”. This includes calendar events, current location, the past month of search history and several other “secret” components Google did not discuss at the I/O show over the weekend. Using the information it gathers, Now attempts to figure out exactly what a user needs at the time. “Google Now gets you just the right information at just the right time, and all of it happens at the right time,” Barra, lead developer of Google Now, said. Not convinced? Here’s an example Barra used: “Google Now figures out when you commute from home to work and back, tells you how long your commute takes usually, and give you a faster route if there’s lot of traffic. On public transit, if you’re on the platform at a subway, Google tells you when the next bus or train will arrive.”

If you’re still not convinced, Barra also indicate that the Google Now will help you arrive on time to appointments by predicting how long a walk is to the bus and when the next bus you need will arrive, combining all of that data, and then alerting you when you need to get a move on.