Google Fiber: Should We Be Waiting for It? 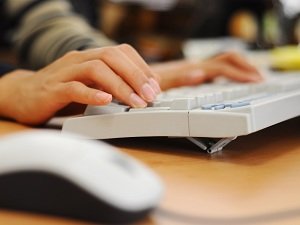 Since its launch three months ago in Kansas City, Mo., everyone admits that yes, it’s indeed fast. It’s 100 times faster than the average speed of home and office internet today. Google Fiber has no problem playing eight high-def videos at the same time, and skipping around in a playback doesn’t involve a long, arduous buffer time. The potentials of Google Fiber are extensive, which is why several large businesses have been scoping out Kansas City for new locations.

But that’s the only location it’s in right now: Kansas City. Where is Google Fiber when the rest of the world needs it, too?

Google doesn’t have an answer to this question quite yet, but recently released information gives some insight as to why.  Google says to get the correct wiring and equipment to a single home, it would cost between $6,000 and $8,000. That’s not even counting the monthly service maintenance – that’s just the startup cost. Because of this, Google isn’t in a hurry to start spreading Google Fiber to every home in the United States until they find a way to manage the extensive costs of a fiber optic network.

Until then, you can always choose to fly to Missouri to check out just how fast Google Fiber is and how much it will change the way of business once it goes global.