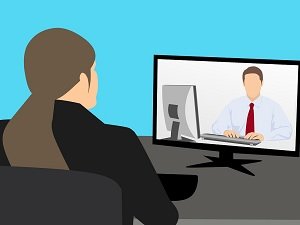 There are serious security issues with some of the more popular free or low-cost options available for the masses.

So, Google made the decision to make Meet free to anyone with an email address.

The rollout took two weeks to complete, but is now available to all. It can be yours simply by heading to meet.google.com, or by paying a visit to the Google Play or Apple App store.

Since the global pandemic forced so many people to work from home, Google has seen a huge surge in demand for the service. Last month alone, Meet added an average of 3 million new users a day. Seeking to further capitalize on the increased demand, the company is taking steps to make their offering even more attractive. They are among other things, adding a new feature that makes it directly accessible from Gmail.

Even with the rush of competition into this sphere, however, Google is well-positioned to utterly dominate the market. The G-Suite is incredibly popular among Enterprise users. By opening Meet’s features up to the general public, the company should be able to capture a significant portion of the new demand for home video conferencing services.

Even after the pandemic is behind us, industry experts are predicting that there won’t be much of a decline in demand, and that video conferencing will come to increasingly define the way the world works. Only time will tell. Meanwhile, if you’re a fan of the Google ecosystem, you can get your hands on a new, high value video conferencing tool for free.