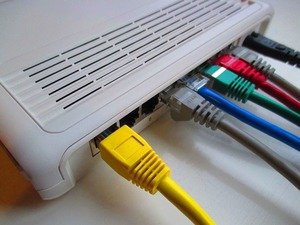 Is your company considering “going wireless?” If you haven’t taken the plunge yet, then it’s something you should strongly consider. It’s not as simple as just buying something off the shelf and plugging it in though. There are a number of considerations, and we’ll go over the basics just below:

With security being on everyone’s mind lately, it’s important to be sure you select a router with robust security features built in. Where routers are concerned, security takes essentially two forms, both revolving around encryption. They are TKIP (Temporary Key Integrity Protocol) and AES (Advanced Encryption Standard). Without going into the details, AES encryption is considered to be superior and more secure, so this is what you want to look for.

Routers come in a variety of flavors. The most common designations are “1b,” “1g,” “1n,” and “11ac.” B is the oldest (first generation), G is next, then N, and AC is the newest. AC is also the fastest, and speed matters in business, so this should be your first choice, although N is a fairly common and highly popular choice.

Routers operate on two frequencies: 2.4GHz and 5GHz. A single band router operates only on the 2.4GHz band. That’s not bad in and of itself, but single band equipment is more prone and susceptible to interference from other equipment. If you can afford it, choose a dual band router.

Quality of Service is a big feature, and one you should specifically look for. It’s not something that every router offers, but it’s worth the extra money. What it allows you to do is to establish priorities, high, medium or low. These thresholds define the amount of bandwidth available to users coming through a particular router, in order to provide better load balancing. Basically, you can set your network up so that guest access is routed through a low priority/low bandwidth router, while business critical functions use a high priority one, and thus, see better speeds.

Always get the best router you can afford. You’ll notice a significant difference in network performance. If you have any questions, don’t hesitate to consult with a technology expert who can guide you in the right direction.