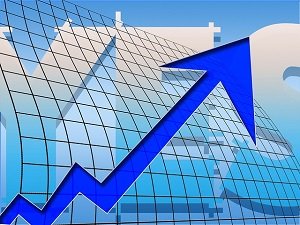 In the tech world, sometimes the more things change, the more they stay the same. With this quarter’s earnings reports in, and some exciting news on the horizon for some of the biggest names in tech, here are five companies you’ve almost certainly heard of which are ones to watch for the rest of the year and beyond.

Gamestop has had a great quarter, and is set to continue delivering impressive earnings results for the rest of the year and beyond, driven largely but not completely by the popularity of Microsoft’s X-Box One. There are also a number of high profile game titles either already out or scheduled for a Christmas release that will make it a very merry Christmas for anybody owning this stock.

Twitter seems to have received the message that investors aren’t going to wait forever and give them a lifetime supply of free passes, and the company is finally getting serious about turning a profit and stopping bleeding that red ink. After getting punished more mildly than they had any right to expect for this quarter’s disappointing earnings, Twitter has unveiled a whole raft of changes, some service oriented, and some revenue oriented. The net result might not get them all the way to profitability, but it will certainly take them much of the distance, and it’s likely that will be more than enough for their investors, who have displayed an uncanny amount of patience with the company thus far.

The venerable hardware manufacturer is in the process of retrenching, dramatically scaling back its workforce. Initial announcements were for a reduction of some thirty four thousand worldwide, but the company has since revised that count upward .by an additional sixteen thousand. HP has a strong management team, and these reductions aren’t entirely shocking cinsidering the decline in PC sales in the face of the ascendency of handhelds. Given that, plus the fact that Wall Street generally approves of headcount reductions, and you can expect to see HP’s stock trend higher for the rest of the year.

Google seems to be intent on buying up as much of the planet as they can. They recently received approval to become a commercial seller of its surplus electricity, essentially becoming one-part Utility Company. Then they went on an acquisition spree, buying up thirty-odd robotics companies around the world, and they’ve also added to their exploding portfolio by acquiring Jetpac, is a small company that recommends travel destinations to people on the basis of publicly shared photos on social media. It’s easy to imagine some great tie-ins with Google Now, Maps and Street View. Smart money won’t bet against Google right now.

Amazon Prime users, rejoice! Amazon is forging ahead with plans to begin experimenting with unmanned drone based delivery for some of its products in selected areas. They’re also partnering with military drone manufacturers to present a united front to Congress to get commercial use of drones pushed through more quickly. Although it’s still hard to see exactly how all this is going to work, it’s probably good for investors as well as consumers, simply because the idea is so intriguing that it is attracting and keeping new investors.

There are no shortage of interesting companies to watch in the world of tech, but this quarter’s hot list contains names you’ve seen and heard plenty of times before. It’s not always about the nimble startups, as these tech giants have demonstrated. As with all investments, it’s a good idea to check that the fundamentals are sound before heading out and speculating.