By Jason ManteigaMay 15, 2014May 29th, 2021Technology News, Uncategorized
No Comments 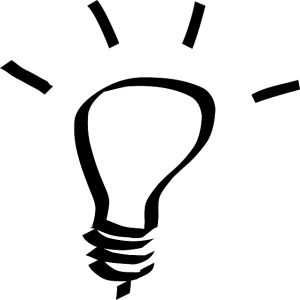 Our world has more than seven billion people living on it. Seven billion creative, innovative people.

I mention that because there are tons of good ideas being developed out there in the world beyond our borders that we haven’t even heard of yet. Those ideas bear looking at, because the simple truth is, we don’t have a monopoly on good ideas. At the end of the day, it doesn’t matter who dreams it up, it matters who makes the best use of it.

In that spirit, I did some looking around the world, and brought back five different ideas that are taking root in other countries, but haven’t made it to our shores yet. Better hurry though, or some enterprising man or woman will beat you to these.

This phenomenon actually got its start in 1987, so it’s been around for a while. Since its inception, it has spread to Africa and other parts of the undeveloped world. The problem and opportunity is that right here in the United States (especially in the deep south and Appalachia), we have conditions that resemble those of third world countries. The same principles that are lifting millions out of poverty worldwide could be applied right here in our own nation, at a profit!

This company takes the notion of a budget airline to a whole new level. Their fares are literally half what their competition charges, and there’s nothing like it in the States. You in a seat on the plane? That’s covered in the ticket price. You going to the bathroom in flight? That too, is okay. Everything else is an add on, and you pay extra. It’s working tremendously well there, and would probably translate well here with budget conscious travelers.

A shelter that can serve as a home for a minimum of three years and sleep six? For under a thousand dollars? We have entire cities of homeless people made from crudely fashioned tents here. No kidding, one of them is even called ‘Tent City’ – they just elected a new mayor. Most of the people who live there have jobs, they just don’t make enough to afford a place to stay. There’s a huge market for these shelters in the US.

Hospitals in India routinely purchased beds for their hospitals from the USA, at a cost of about $10,000 per bed. An enterprising young man in India came up with a new design that takes up 40% less space, because many of the “optional extras” we use in hospital rooms are built onto his bed by design. From IV poles to hand sanitizer dispensers, it’s all right there built into the bed.

40% better use of space translates into more beds per hospital without having to build expensive new wings. He’s currently getting orders faster than he can make the beds, and it’s not a huge secret why.

Doctors get paid a lot more than lab techs. Having a Doctor read and analyze an X-ray is therefore vastly more expensive than having a trained X-ray Technician do it, because the technician makes a fraction of the Doctor’s salary.

It hasn’t caught on in the US yet, but it’s probably only a matter of time. In India, they’re finding a higher percentage of X-rays read correctly by the technicians who specialize in it, simply because that’s what they spend all their time doing. You could be the person to bring that to the United States.