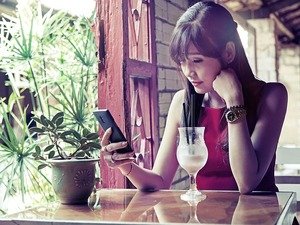 It’s amazing how pervasive WiFi has become. These days, it’s hard to imagine life without it. The internet is everywhere. It’s always on, and you’re always connected.

Unfortunately, as speeds have improved and bandwidth has increased, so too have the demands we place on it, which has led to a kind of internet cold war. The faster it gets, the more we find to do with it, which strains the limits of currently available speeds, which increase again, and ‘round and ‘round it goes.

Next year, though, is going to be huge for WiFi. The WiFi Alliance has just announced WiGig, which promises speeds up to three times greater than even the best speeds you get out of WiFi connections today.

Manufacturers are already expressing an interest in the new certification program, and as of right now, you can get consumer products that carry it. In fact, if you have a Dell Latitude 7450 or 7470, you’ve already got it.

The drawback, of course, is that in order to realize the best speeds the new technology makes available, both ends of the connection have to support WiGig. At present, there aren’t any routers that do, although that’s coming late this year and early next.

The new standard is expected to really hit stride by mid 2017, when we’ll start seeing WiFi speeds of up to 1GB per second, from a distance of up to 33 feet. At speeds like that, you’ll be able to download your favorite movie in full HD glory in a matter of just seconds, and that’s just the tip of the proverbial iceberg.

This is great news, and a sign of things to come. You can bet that once the new standard has been widely adopted, it’s going to open up whole new frontiers of use. Among other things, you can expect to see VR technologies benefit greatly from the new speeds, and there’s little doubt that it will be a boon to your business, no matter what business you’re in. Where WiFi is concerned, faster is always better.