Facebook Stocks Continue to Drop Due to User Decline 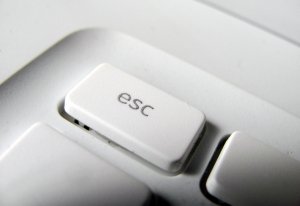 The news finally hit the public: Facebook’s number of active users has fallen over the past half year. Within hours of the report, their stocks had dropped 2.8% to $27.45 at 10:53 AM EST. Zynga games, which mostly hosts their games on Facebook, saw a more significant 6.1% drop to $4.54. Facebook finished the day at $28.09, which is a half-percent decline from the previous day’s closing – and yesterday brought a 8.1% decline.

Facebook’s Capstone report was compiled by analyst Rory Maher, who discovered that Facebook’s active user base has dropped 1.1% over the past six months. Over half of the markets that Facebook has been seeing much success in for the past few years also saw little to no growth.

This is only the most recent negative Facebook statistic. Numbers from June indicate that the number of unique visitors going to the site is beginning to decline and dropped half a percentage point from March to May. Another analytics company said that user satisfaction is continuing to decline. In a single year, Facebook’s satisfied members numbers dropped from 66% to 61%, the largest drop of any social network including Pinterest, Google+, Twitter, and LinkedIn.