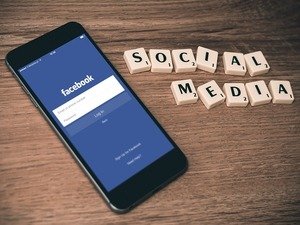 The biggest social media platform in the world is, yet again, changing things with its services. While sometimes these changes are things that hardly even go noticed, this time that might not be the case.

Mark Zuckerberg and team recently had a keynote where they discussed upcoming changes with Messenger and video on Facebook, and the changes are significant.

One of the biggest changes that is coming to pass is the addition of messenger apps. Apps within Messenger allow you to access an app without leaving the Messenger window. Messenger is going to start with compatibility with about forty applications, most of which are fun and humorous at the moment. Examples are JibJab, Dubsmash and GifBank, all of which allow you to do send more creative things over Messenger to friends, like short videos or animated gifs to express an emotion or just because.

Another big change to Messenger is that Facebook is planning on optimizing the program for business advertisements. Brands can offer their clients the option of signing up to receive brand updates through Messenger itself. This turns Messenger into a hybrid email/texting service. Companies can send coupons, messages and thank you letters automatically through Messenger, and they can also send receipts, shipping notices, and order confirmations. All of these can be replied to as well, as there is someone on the other end of these messages, even when they’re automatically sent out. So if you notice that something was wrong in your order, you can simply reply to the message to have it fixed. No more “do-not-reply” email addresses.

Not too long ago, videos weren’t really shared on social media. When and if they were, they were from YouTube or a similar service. Facebook has decided it would like to change that as people on Facebook are now watching some three billion videos a day on the social media platform. The company believes that number is only going to get larger, so it is going to allow videos uploaded to the social media giant’s website to be embedded on other websites, similar to YouTube’s service.

Facebook has also announced that it is going to start testing the waters with virtual reality and augmented reality content. The start of this begins with the launch of a 360-degree video feature, which resembles Google Earth in quality and the ability to rotate and zoom. The goal is to provide a deeper, more immersive experience than you might get from watching a regular video.

In short, Facebook is changing its Messenger and its video content to be more business-oriented and more shareable, respectively. This is only the beginning; Facebook wants to continue to expand into other markets, like cars. For now, the video and Messenger changes are the only things announced, but it is expected that more information and expansions will be coming soon.