Ello Attracts Thousands as the Anti-Facebook 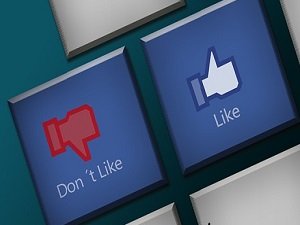 If you could join a social network that pledged to never mine and sell your data or serve up ads to you, would you join? The new social network, Ello, hopes your answer is yes. Now dubbed the “anti-Facebook” network, Ello has been attracting as many as 31 thousand new users per hour due to its pledge of no advertising or data collection. But will Ello be able to successfully take on the big dogs in the social media yard?

The History Of Ello
Founded by bike shop owner, Paul Budnitz, as a way for him and 90 of his friends to more easily communicate, Ello has now been growing by leaps and bounds since it was first offered to the public on August 7 of this year. The owner, Budnitz, has stated he is flattered by the “anti-Facebook” label but that’s not how he sees his new service. “We don’t consider Facebook to be a competitor. We see it as an ad platform and we are a network,” he said.

Design and Features
Ello is obviously a newcomer to the social media scene and the site design and feature set shows it. Ello is more basic in design with fewer features than the more mature social networks. It also lacks the user friendliness of many of its ad based competitors. Still, Ello is quite young and no doubt as the service matures many features will be added and the interface will almost definitely be improved to make itself more user friendly.

Pay For Services
Currently, Ello provides all of their services free of charge. However, moving forward the fledgling social media company plans to begin to charge small fees for additional services. This is in stark contrast to all of the popular social media sites around that offer all of their services free of charge but mine your data and serve up a continuous stream of advertising.

Ello is committed to never offer ads on their service but of course, it must still find a way to pay for the infrastructure their service requires to operate. It remains to be seen how their users and others will respond to these micro transactions for services. In the past, this model simply hasn’t been feasible as most customers want their services at no cost. However, if Ello does receive enough ad weary users to the service, they could actually become one of the first social media sites to make this model sustainable.

While there is little doubt that Ello is attracting a lot of attention from social media fans around the globe, it remains to be seen if it will be able to establish a reliable business model around social media using micro transactions instead of the more traditional data mining and advertising model employed by virtually every other social media site. The fact is, while most people proclaim to hate advertisements, in practice they are much more willing to put up with the ads if it means gaining access to a wide range of free services. So far there hasn’t been any serious abandonment of social media sites simply because they advertise to their users.