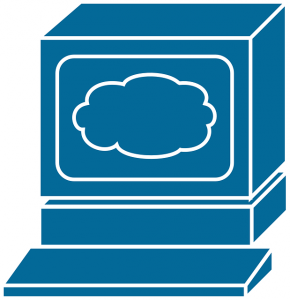 Dropbox was one of the first companies to popularize the notion of cloud storage. Since its initial release in 2007, the service has grown to more than 200 million users worldwide with its Dropbox for Business software now boasting over 100,000 companies on the service. Dropbox, however, isn’t satisfied with those statistics, as it seeks to bring Dropbox to enterprises with its new Business API. This new Dropbox Enterprise service is designed to be more attractive to businesses that are seeking better solutions for managing their data.

What Is The Business API?
The new Business API is a set of tools that allows companies to develop enterprise applications on top of the cloud service. The new API will also give companies the ability to oversee employee activity and manage sensitive data; add additional client-side encryption and decryption; and enable large data transfers. Forrester Research’s Michael Facemire said, “Instead of building an identity management platform, just call a set of APIs from Dropbox to do it for you. This puts Dropbox at the center of many workflows.” For example, if you want to create a series of dashboards to monitor what documents are accessed most often or what users are the most active in the system, it is just a few API calls away.

Benefits To Companies
Dropbox hopes this new suite of development tools will be widely adopted by its business customers while also attracting new companies that have yet to adopt Dropbox’s cloud service offering, because of a negative perce[tion based on many of the early limitations. The new suite of tools opens up a huge world to companies as they can now create the tools they need to do all of their business using Dropbox. IT administrators can oversee employee activity and manage sensitive data much more easily using the new tools provided. And Dropbox isl further enhancing the service to many companies who have yet to move to the cloud. The new API services provide a powerful set of tools that can allow IT departments to better manage workflow and company documents to ensure data is safe and easily accessible at all times.

Overcoming Perception
Dropbox is used and loved by many consumers all over the world and while Dropbox is proud of its consumer products, it seeks to make further gains in the business world. Currently Dropbox for Business has thousands of companies using the service, but it still has difficulty distinguishing itself from its highly popular consumer options.

This announcement from Dropbox comes on the heels of a recent deal with Microsoft that brings Office 365 connectivity to the service, marking yet another step the company is taking to attract more business users. This is just another volley in the long battle to court both and consumers and businesses to cloud solutions for their documents and data. Dropbox hopes that its long history and strong reputation combined with these new services and tool sets will increasingly attract more business customers as companies continue to search for better methods of managing their growing repositories of data.