Does A New iPhone Mean That The Old Ones Get Slower?

By Chris ForteSeptember 12, 2014May 29th, 2021Technology News, Uncategorized
No Comments 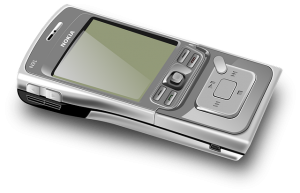 Apple has fans rather than customers, but as with everything that has its good aspects and its not so good aspects. In the case of Apple, there’s a bit of a conspiracy theory where its new hardware is concerned. The theory is that when Apple is preparing to release a new phone, it somehow goes in and starts slowing its older equipment down in order to entice you to buy the latest and greatest. The question is, is there any truth to the conspiracy? The answers might surprise you.

Recently, a Harvard PhD student, Laura Trucco began analyzing Google search trends, and hit upon a pattern. Since 2008, in the months leading up to the release of a new piece of Apple hardware, the number of internet searches for the phrase “iphone slow” spike dramatically. This spike is unique to Apple. It is not, for example, replicated in phrases like “Samsung slow” or “Motorola slow,” but appears to be exclusively an Apple thing.

Clearly then there is a strong correlation. That doesn’t prove causation but it is interesting. There are a number of possible explanations for it. The most benign is that when Apple is about to release a new product, they refer to it in language that describes how much faster it is than its predecessors. Could that be enough to get people to think that their older tech is now too slow? It certainly seems at least plausible, but there’s another even more interesting explanation.

The theory goes like this. Since Apple owns both the hardware and the OS, they usually make changes to the OS in anticipation of the new hardware. These changes are designed with the new hardware in mind, and as such, they’re not optimized for the older tech. Less optimized software is generally software that runs more slowly, and this then, could easily cause a real and notable performance drop in older Apple tech, which would drive the spike in that particular search phrase.

Since Samsung doesn’t own the OS that they use on their products, that’s why you don’t see a corresponding spike in the phrase “Samsung slow” on the heels of their latest and greatest product release. That then, raises an interesting question, and one that Apple spokespeople have declined to comment on. If that’s true, is it the case that the slowdowns are merely unintentional side effects of re-optimizing around the new hardware paradigm, or are they being intentionally introduced?

If and when the company formally responds to the research, you can bet which side of the argument they’ll come down on, but for the legions of Apple conspiracy theorists, this research sounds a lot like the confirmation they were looking for. It should be noted that the researcher did not draw any conclusions from the data, but simply presented them to let others draw their own conclusions. So, what do you think? Which side of the debate are you on? Nefarious plot, or innocent optimization in advance of new hardware?