Devices May Communicate Through Sound In The Near Future 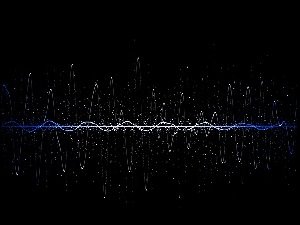 IoT startup Trillbit has a big idea with profound implications for the Internet of Things, and by extension, for all of us.  The company is currently designing a system called “Trill Tones” that will create a mesh of ultrasonic pulses into a type of sound that the human ear won’t be able to register but a wide range of smart devices could detect.

A vast number of smart devices already have speakers and microphones incorporated into their designs. In the absence of a common universal connection protocol for the Internet of Things, the speakers and mics themselves could fulfill the task, performing double duty.

The idea is that the speakers on existing devices could generate and send the sounds, while corresponding mics on other nearby machines could receive them, initiating a call and response pattern between devices. For example, your smartphone could send a sound pulse to your smart lock, which would cause it to automatically unlock as you approached.

As intriguing as the example above is, the company’s biggest push is into retail spaces that currently use Bluetooth beaconing.  Trillbit is gambling that its Trill Tone technology is a superior approach of targeting consumers passing through a retail environment.  The equipment, in the form of the store’s PA system’s speakers, is already done.  They would simply leverage what’s already there.

It’s a bold idea, but there’s another component that makes it compelling indeed:  The lack of network dependency.  After all, almost everyone on the planet has a smartphone these days.  In fact, there are more smartphones in service today than there are people.

Transmissions from one device to another are highly secure because there aren’t any  gateways or routing bottlenecks. The cost to deploy a system like this is virtually nil, again, because it simply leverages what’s already in place.

Time will tell if the idea bears fruit, but we have to admit it has our attention.