Cybercrime Has Affected 45% of Consumers: Are You Next? 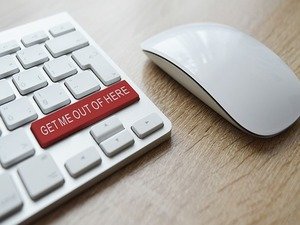 It has been widely reported that cybercrime is one of the fastest growing types of crime on the planet today, but new statistics published by MarkMonitor’s Online Fraud Barometer indicate that it’s a lot worse than previously imagined.

Close to half (45%) of all consumers have, at some point, fallen victim to cybercriminals. Fraud is the most common type of crime committed, and most commonly takes one of two forms:

• Requests to reset passwords of social media accounts that are not actually sent from the social media company.
• Phishing attacks trying to get personal information from consumers with the hackers sending emails that appear to come from legitimate, well-established companies.

Of the consumers impacted by these types of activities, one in six also said they’d lost money as a consequence of the fraud, and of those, 20% reported having lost more than $1250.

Interestingly, less than half of consumers reported these incidents to the authorities, although the survey conducted did not give a window into the reasons why the crimes went unreported.

What makes these statistics particularly troubling to the small and medium-sized business owner, though, is the fact that 21% of the victims of fraud said that their mistrust of the brand being impersonated grew as a result of the criminal activity.

In practical terms, these criminals are costing you money. If they impersonate you in the course of trying to glean personal information from consumers, they’re turning those consumers off from your brand.

Furthermore, it’s not just the consumer-to-business relationships that are being impacted by cybercrime, but B2B relationships as well. More than half (53%) of small to medium business owners surveyed said that they would be less likely to do business with a company known to have been successfully breached by hackers, citing security concerns as the primary reason.

The bottom line here is that cybercrime is not only a larger and more pervasive problem than was first thought, because it is being consistently underreported, but it’s also probably costing your business more than you realize.